A Thousand Words of Love

It takes a lot of talent to photograph animals well.
Those of us who whip out the camera each time our beloved cat or dog pulls a cute stunt, know that. As our smart phones quickly fill up with shot after botched shot of blurry, under-exposed, half-in-the-frame animals, we sigh … and then realize we're now half an hour late for whatever productive thing we're supposed to be doing.
Better to leave it to Kelly Schulze, really. The photographic phenom behind Mountain Dog Photography, Kelly and her husband Ian know what the heck they're doing when it comes to successfully capturing an animal's appeal. 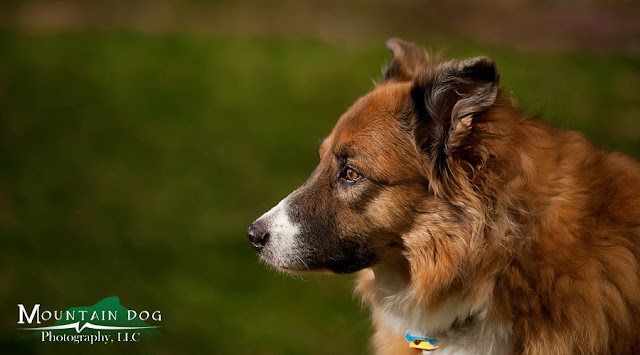 The photographs of our shelter animals prove it. The quality of an animal's portrait really can determine how quickly that animal finds a new home (if at all, in some shelters), and Kelly's work maximizes our animals' potential for alluring adoptive hearts.
Many of us are familiar with author Malcolm Gladwell's 10,000 hour rule, which asserts that success in any field is achieved after 10,000 hours of practice (Outliers). It seems Kelly's burgeoning success at such a relatively young age confirms that: she grew up with camera in hand, spending her childhood taking, as she puts it, "really bad pictures of my pets" (she can relate to us!). Her interest in photography got a major boost when she joined the Living/Learning program at UVM, and was housed in the Art of Photography suite, gaining 24/7 access to a darkroom.
She also grew up working with animals. Throughout high school and continuing into college breaks, Kelly and her sister worked at a shelter in New Milford, CT, where she "did everything": caring for cats, walking dogs, nursing sick animals, grooming, helping with adoptions. As college graduation loomed and she had to choose a career path, she quickly ruled out photography in lieu of working with animals. "I thought professional photographers are like actors," Kelly says. "You had to know someone--have connections--to make it." So she earned a living as a milk tester at local dairy farms.
But while on the job, Kelly often witnessed inhumane treatment of cows. And rather than become desensitized to it (like she assumed she would), she found herself increasingly less tolerant of the abuse. It wasn't long before she realized that working directly with animals--rescue work, grooming, milk testing--would inevitably lead to burn out for her. Which brought her love of photography back into focus. 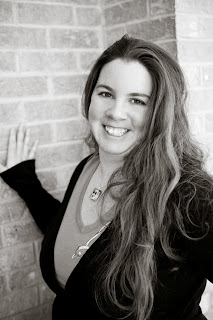 By 2009, Kelly couldn't ignore the fact any longer that photographing animals was the perfect marriage of her two greatest passions. Furthermore, after doing some research, she discovered that a handful of photographers were actually making a living at animal portraiture! That was enough to convince her to take the leap. She  formed her business, Mountain Dog Photography, that very year. The plan was to pursue it only part time for several years while she built a client base, but by May of 2010, Kelly had had enough of the dairy industry. She left for good six months later, and has been pursuing her business full time ever since.
Kelly's involvement with HSCC began in 2009, too. She had long been missing volunteer work, but felt the shelter had plenty of dog walkers and cat socializers. She wanted to contribute in a unique way. So she stopped by with some 5"x7" snapshots, and two weeks later, the then Executive Director called her back. After an informal interview, Kelly agreed to begin photographing the shelter animals on a volunteer basis every week … and it's continued ever since. When asked if she had any initial sense that she would become such an integral part of the adoption process, Kelly said no. "It was just something I knew I wanted to do. And now, I can't imagine it ever ending."
Kelly and Ian come to the shelter every Thursday morning to photograph that week's newly available cats, dogs, and smallies. She usually sends the finished products by Thursday afternoon--and staff is always excited to see them. Commentary on favorite portraits is a frequent topic of conversation among staff.
I captured a recent session, and took footage of three very different cats. These sessions further attest to the unique individualities of animals: their introversion or extraversion; confidence or shyness; attractions and repulsions; sense of humor or gravity; goofiness or refinement. You'll notice in these videos (rough as they are--more bad camera work with the cell phone!) how adept Ian has become at holding the animals' attention. What also struck me was how well this husband-wife couple work as a team. Kelly gently directs, and Ian happily complies.
First up was Moon, a six-year-old female. As you'll see, try as Ian might to woo her with the Da Bird cat toy, all she could think about were the treats in his hand.
Moon lost concentration and got somewhat riled up, so Kelly demonstrated how she gets cats to sit calmly.
Next up was Zen, a three-year old female. As you'll see, she's aptly named. Kelly quickly realized that a "flop" pose would be best for Zen, and Ian attempted to arrange her accordingly.

This cat was not into treats or toys, but a scruff massage made her relax and give Kelly a Zen expression …

Last up was Peaches, an eight-year-old female. Though the oldest of the bunch, she's the most kittenish! Peaches was all about the Da Bird, and gave Kelly photographic gold.

And then we got to see Peaches' softer side …

And now, without further ado, the end results … !


Okay, so be honest: how many of you are ready to adopt at least one of these fabulous felines based solely on what you see in the photos?

I prove my point.

Kelly and Ian, from the bottom of our hearts, THANK YOU.

Posted by Humane Society of Chittenden County at 12:19 PM

Makes me to proud to call those two my friends!!

I could not be prouder! What a great article! As mom, it is amazing to see how others appreciate what an amazing talent Kelly and Ian have, and how special they are to donate your time every single week. And I must say, HSCC was very smart to have them come in!

These portraits are fabulous as are those on the Mountain Dog Photography website. Kelly and Ian have a gift which they generously share...

This is not obligatory that you select out high-quality a constrained vicinity like college or college or your location to make bigger your writing artwork. You need to go browsing to spread your competencies to loads of latest parents which can be genuinely in need of such type of potential. Volunteer elephants Sri Lanka

Humane Society of Chittenden County
HSCC is private, nonprofit 501(c)(3) located in South Burlington, Vermont whose mission is to foster the compassionate treatment of animals and prevent animal suffering. HSCC receives no government funding, and is not affiliated with a national organization. HSCC rehomes approximately 800 animals a year, and serves a community of 180,000.